Now I Lay Me Down to Sleep....Really?

When I was young I said the 'Now I lay me down to sleep' prayer every night. I very rarely added anything to it, other than a great big "AMEN!" to the end, because I actually thought it a little scary to pray that I may die before I wake!

However, I would snuggle up and think about fun times, like going to the river with my cousins, and I would fall fast asleep. Either out of the exhaustion of a child or the security of knowing I was in my own bed and home, I rarely woke up during the night.

While thinking about sleeping and how easily I still fall asleep (my husband says my head never touches the pillow before I am gone!), I thought about all those that slept in the scriptures. There are several folks that slept right through their own story in the bible!! One even fell out of the window while Paul was preaching and died! His name is mentioned, but would you want your name in the scriptures this way?!!


Seated in a window was a young man named Eutychus, who was sinking into a deep sleep as Paul talked on and on. When he was sound asleep, he fell to the ground from the third story and was picked up dead. Acts 20:9

Then we read where Jesus found His disciples in the Garden, not once, not twice, but three times, sleeping while He had been praying.

"again He went away and prayed, saying the same words. And again He came and found them sleeping, for their eyes were very heavy; and they did not know what to answer Him. And He came the third time, and said to them, "Are you still sleeping and resting? It is enough; the hour has come; behold, the Son of Man is being betrayed into the hands of sinners." Mark 14: 39-41

Then we see in Matthew 28 where even the guards tried to escape punishment by saying they were 'asleep' during the resurrection.

“You are to say, ‘His disciples came during the night and stole him away while we were asleep.’ 14 If this report gets to the governor, we will satisfy him and keep you out of trouble.” 15 So the soldiers took the money and did as they were instructed. And this story has been widely circulated among the Jews to this very day."

Now let us move to our modern church...yes, Sunday nappers. We have all felt drowsy or noticed others nodding off on Sundays. Just being still, quiet, warm and comfortable makes one drowsy? I am not condoning by any means, nor am I condemning, not my job! But,I am thankful no one has fell out of a window like Eutychus!

But what about our sleeping on the 'job' of being a christian? Are we so tired of doing His work we fall asleep daily, not just on Sunday? I don't think I have ever walked as far as the disciples did on most days. I know I have never fed 5000 or more on any given day! I just can't imagine keeping up with Jesus in His ministry.

My husband sings a song "It is time to Get Up" goes like this:

Church we can all learn a lesson, If we only just listen.
See I believe everything in God's Word, Is there for a reason.
Oh and the lesson I believe is this,That just like old Lazarus.
You and I were once dead in our Sin.
But then Jesus came in, And now we're alive in him
It's time to get up (wake up wake up)
And wipe the sleep out of your eyes
wipe the sleep out of your eyes


I believe one day soon, Jesus is coming back to gather His  children home.We need to be about the Father's business before that time comes. We don't know when that will be, but we do know one thing for certain.... 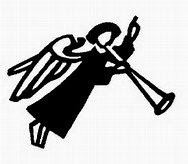 Behold! I tell you a mystery. We shall not all sleep, but we shall all be changed
1 Corinthians 15:51

Posted by Ginger Sanders at 7:29 PM No comments: